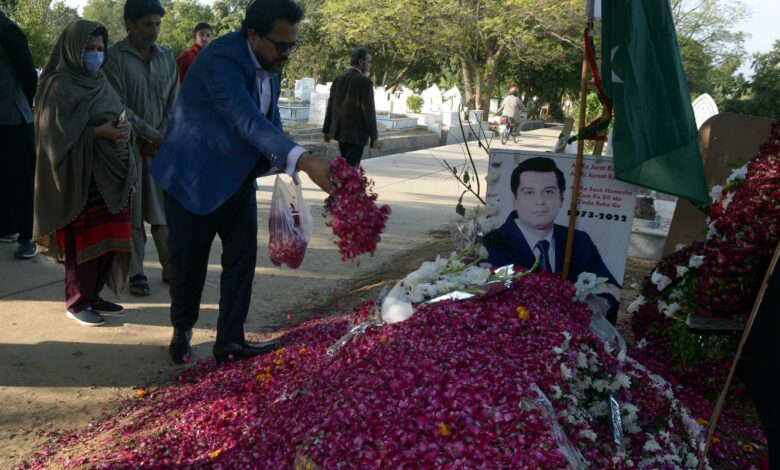 A Pakistani journalist killed by police in Kenya last month was the victim of a “targeted killing,” according to a senior member of Pakistan’s administration, who did not provide any proof to back up his claim.

Arshad Sharif, a television journalist who frequently criticized the Pakistani military, passed away on October 23 in a police shooting close to Nairobi, the capital of Kenya.

Rana Sanaullah, Pakistan’s interior minister, stated that Arshad Sharif seems to have been the victim of a deliberate killing in Kenya rather than an accidental shooting.

The Pakistani interior minister said Kenyan police “did not cooperate” with the investigation team and said the Kenyan authorities had not provided “critical data” on the case despite a formal request for information.

Former Kenyan police spokesman Bruno Shioso had declined to respond to the minister’s comments on the death of television journalist Arshad Sharif, shot dead in the suburbs of the Kenyan capital Nairobi on the evening of October 23.

A police report the day after the shooting stated that police officers chasing the car thieves opened fire on the vehicle Sharif was traveling in as it crossed their checkpoint without stopping.

Shioso said earlier that the matter was being investigated by the state’s Independent Inspectorate of Police (IPOA). An IPOA spokesperson did not immediately respond to calls and a message seeking comment.

“Arshad Sharif’s death is not a case of identity change as far as I can tell and according to the evidence we have so far, it is a targeted murder,” Sana told the media on Tuesday.

“To confirm all this, we still need to have more evidence and we have requested more data from the Kenyan government,” he added.

“We will now ask the Ministry of Foreign Affairs to contact the Kenyan government, and the prime minister will also speak with the Kenyan president,” the minister said.

Who is Japhet Nchebere Koome ?The Inspector General of Police